March 18th was a special day. I conducted another Healing Hands Advanced course with a group of people who already took courses with me for several years. This time the theme of the day was Healing heavy emotions and (the) urinary tract (infections).

Arrived at the course location I noticed more staff than usual. First I thought they had a personnel meeting but soon I found out that they were preparing for another meeting. They expected 150 funeral guests for coffee and a sandwich afterwards.

I immediately saw the possibilities because 150 sad people together may create a energy field of grief.

A field with which I was sure, the participants in my course all would resonate. Especially with the topic of the day: tough old emotions that were difficult to let go of.

Starting off the course it soon became clear that people responded to the field. The deceased even contacted a participant and me because she needed some assistance.

So after the participant had helped her, we lit some candles surrounding her picture and went back to the program. 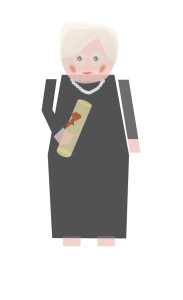 Adapted program that is, because a lot of questions were asked, like: what happens when somebody passes over, what are energetic cords? What an entity, a hitch -hiker in the aura or aura lifter? What’s the difference between a deceased loved one that comes to visit and an entity? So I told them about it and explained what you can do to help them. I also explained the difference between entities that are stuck in ones aura and those who are stuck in local energy fields or buildings.

Then one of the participants stated that in Arnhem (the Netherlands) a lot of deceased lingering spirit still disturb the energy in the city. They’ve been there since World War II when they lost their lives during the severe battles of Arnhem. So I suggested to go over there later this Summer and work together to bring all souls that finally want to leave, to go to the Light. We set the date, July 9th and everyone decided to join!

In July everyone will discover how it feels to combine our energies, feel, see and/or talk to the lingering spirits and help them to go to the Light. I’m really looking forward to going there.

After a brief musical meditation we worked on the hidden emotional baggage. Some participants found out that that overthinking and living in your head or making jokes to avoid feeling your emotions may seem to help for a little while but make you unhappy in the long run.

And at the end of the course we all discovered how we resonated with the family theme field built by the funeral guests: related but not really connected. So we got to work at that one as well and were able to heal yet another part of ourselves.

It was such a brilliant day that we spontaneously decided to have dinner together and so an extraordinary day ended.